Please cite these papers and this site if using these data. Thank you.

Enhanced links to genes are provided by

The entire human genome is composed of viral DNA reflecting an evolutionary descent as suggested by J.B.S.Haldane and Felix D'Herelle over a century ago, and the insertion of multiple retroviral inserts over millions of years of co-existence, that are likely responsible for evolutionary jumps. These sequences are contiguous gapped segments, resulting in the translation, to protein, of millions of contiguous amino acid stretches 5-12 amino acids long (Vatches). These are homologous to proteins expressed by today's viruses and other pathogens. Viral infection will therefore interfere with host protein networks, and antibodies to the virus may also target the human homologous proteins leading to immune-related protein knockdown, and in some cases autoimmune destruction of the cells containing the human counterpart. This scenario is relevant to most, if not all, human diseases.

The results below are the raw BLAST data from various queries between viral or bacterial genes, proteins , genomes or proteomes with their human equivalents. So far only a few viruses have been examined. The prediction of millions of viral inserts within the human genome is based on almost 3000 viral genomes so far sequenced in the NCBI database and also on over 22,000 viral strains These represent but a small fraction of the strains involved. Each viral replication within each infected individual worldwide will also generate novel viral genomic DNA. The files appended here represent more than 2 million alignments and many more short homologous segments within these alignments.

Note: The Blasts returned were filtered as described in the table. Note that the BLAST results returned are subject to a cut-off value of 20,000 alignments which was generally exceeded. Usually a different set of results, as equally impressive and numerous can be returned using a different filter. For example compare the divers hits to Herpes simplex.filtered with various queries.

Scrutiny of these files suggests several basic rules for pathogenetic diseases as discussed, and exemplified at greater length in these papers.

HSV-1 Vatch
GALRPSAA translated: The same sequence is inserted at multiple chromosomal locations suggesting multiple viral insertions over millions of years From Ensembl BLAT. These are both intra- and intergenic, the latter containing short sequences coding for "bits of protein" awaiting assembly and the addition of start and stop codons 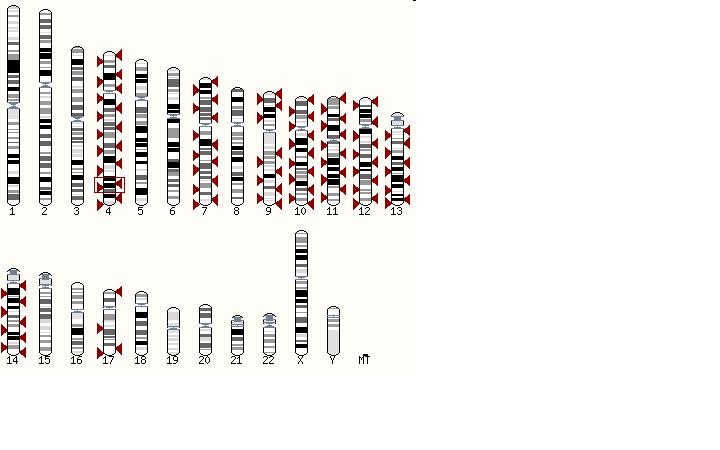 This phenomenon appears to be responsible for the formation of gene families.

For example, the repetitive patterns on the BLAST below (HSV-1 in human) represent different human proteins from the same family, on different chromosomes